Let’s take a step back from the EtherNet/IP protocol. Most people who work in an office associate the term “Ethernet” with the physical cable behind their desk. This cable connects their office PC to the printers and servers of the local network and the infinite websites on the Internet. This cable is only the physical part of Ethernet, the media carrying Ethernet messages to your PC. On this wire is a whole series of communication protocols, such as the Internet Protocol (IP), the Transport Control Protocol (TCP) and various Microsoft protocols, such as NetBEUI. This suite of protocols works well for the office environment. It allows users to share files, access printers, send email, search the internet and perform all the other communications used in the office environment.

The needs of the factory floor are much different with some very special requirements. Instead of accessing files and printers, factory floor controllers must access data embedded in drive systems, operator workstations and I/O devices. Instead of letting a user wait while a task is being performed, factory floor data communications needs are real-time or very close to real-time. Terminating the fill operation on a bottle requires much more time-precise communications than accessing the next page of an internet site.

Traditionally, Ethernet had only limited acceptance in industrial automation. Until recently the expense, lack of intelligent switches and routers and the domination of large vendors with proprietary protocols prevented the wide acceptance of Ethernet on the factory floor. Now with prices falling, PCs with inherent Ethernet capability moving in droves onto the factory floor and intelligent switches and routers, Ethernet is gaining acceptance among industrial protocols. Only the lack of a widely accepted, flexible application layer targeted to industrial automation has prevented its complete acceptance. The easiest way to move ASCII serial data to and from a MicroLogix, ControlLogix, CompactLogix, PLC-5, and SLC5/05 Allen-Bradley PLC over EtherNet/IP

view all our ethernet/ip gateways

Want to learn more about EtherNet/IP?

Subscribe to our Automation Education email series to learn the ins and outs of EtherNet/IP and the top industrial protocols in a byte-size weekly format! The Everyman’s Guide to EtherNet/IP EtherNet/IP Drives Mining Standards Down Under

The 7 Things You Must Know About the EtherNet/IP Protocol

Your Guide to Understanding EtherNet/IP I’m often asked, “What is EtherNet/IP?” Or, “Can you give me a quick introduction to the EtherNet communication protocol?” Here are the top 7 things you need to know about EtherNet/IP. (Note: David Letterman had his Top Ten, but I’m only 65% as good as David Letterman.) 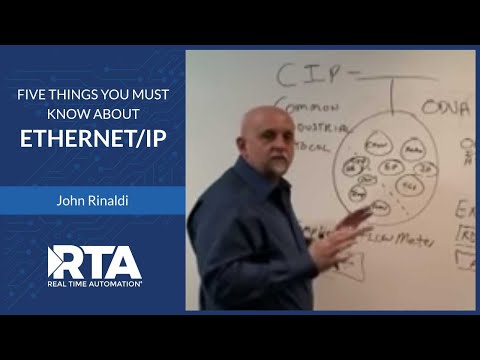 The EtherNet/IP standard (or EIP) is the application layer protocol that can provide what the industry is looking for. Four independent groups have joined forces to develop and promote EIP as a public domain Ethernet application layer for industrial automation. These groups include ODVA, the Industrial Open Ethernet Association (IOANA), Control Net International (CI) and the Industrial Ethernet Association (IEA). The goal of their efforts is to illustrate how EIP provides a wide-ranging, comprehensive, certifiable standard suitable to a wide variety of automation devices.

An Overview of CIP 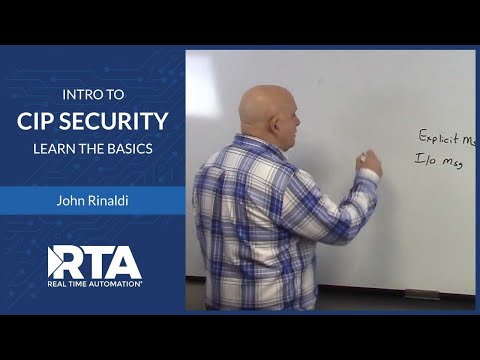 The Common Industrial Protocol is a communications protocol for transferring automation data between two devices. In the CIP protocol, every network device represents itself as a series of objects. Each object is simply a grouping of the related data values in a device. CIP does not specify at all how this object data is implemented, only what data values or attributes must be supported and that these attributes must be available to other CIP devices.

There are three types of objects defined by the CIP protocol.

Required objects are required by the specification to be included in every CIP device. These objects include the identity object, a message router object and a network object.

B. The message router object is an object which routes explicit request messages from object to object in a device.

Application objects are the objects that define the data encapsulated by the device. These objects are specific to the device type and function. For example, a motor object on a drive system has attributes describing the frequency, current rating and motor size. An analog input object on an I/O device has attributes that define the type, resolution and current value for the analog input.

Assemblies are usually predefined by the vendor, but CIP also defines a mechanism in which the user can dynamically create an assembly from application layer object attributes.

Objects not found in the profile for a device class are termed vendor specific. These objects are included by the vendor as additional features of the device. The CIP protocol provides access to these vendor extension objects in exactly the same method as either application or required objects. This data is strictly of the vendor’s choosing and is organized in whatever method makes sense to the device vendor. In addition to specifying how device data is represented to the network, the CIP protocol specifies a number of different ways in which that data can be accessed such as cyclic, polled and change-of-state.

The advantages of the CIP protocol layer over Ethernet are numerous. Consistent device access means that a single configuration tool can configure CIP devices on different networks from a single access point without using vendor-specific software. The classification of all devices as objects decreases the training and startup required when new devices are brought online. EtherNet/IP provides improved response time and greater data throughput than DeviceNet and ControlNet. EtherNet/IP links devices from the sensor bus level to the control level to the enterprise level with a consistent application layer interface.

There are numerous application layer competitors to the EtherNet/IP protocol including Modbus/TCP from Groupe Schneider, Profinet from Siemens, and EtherCAT from Beckhoff. Unfortunately, space prevents a detailed review of each of these products. However, none of these competitors can provide the vendor support, flexibility and total architecture support offered by the implementation of CIP over Ethernet.

The difference between Ethernet TCP/IP vs EtherNet/IP

EtherNet/IP protocol implementation is not without challenges. Two of the most important challenges to the first-time user include training and network configuration. One common problem is the lack of trained staff who understand both the IT fundamentals and the automation network. A collaborative effort between the IT and automation staffs is required to successfully implement the first Ethernet/IP protocol.

A second challenge is proper network configuration. Planning your Ethernet factory automation infrastructure is essential. Careful identification of all your control loops, choosing the correct routers, switches and paths and documenting your network properly are requisites for a communications network that meets your production goals and requires little ongoing maintenance.

Detractors of Ethernet applications on the factory floor often cite the lack of inherent determinism in Ethernet communications protocol to keep it out of automation applications. While true in the past, recent developments in intelligent switches have largely eliminated this argument. These switches create separate collision domains that offer the determinism required of almost all but the most demanding of automation applications. For more information on our EtherNet/IP products: