The History of BACnet

In June of 1987, a group of HVAC and building automation professionals met in Nashville to develop a standard, open protocol specifically for the building automation industry. That effort produced BACnet (Building Automation and Control Network), an alternative to the proprietary and closed protocols offered by large vendors in the industry.

With its open architecture and ability to control and monitor any building automation process, BACnet meets the needs of users, integrators, and equipment vendors. Its popularity steadily grew over the years until it became one of the leading, if not the leading, networking technology in building automation. BACnet’s success is the result of a series of critical design decisions.

Want to learn more about BACnet?

Subscribe to our Automation Education email series to learn the ins and outs of BACnet and the top industrial protocols in a byte-size weekly format! 10 Things To Know About BACnet The design decisions mentioned above created a system where devices from various manufacturers could interoperate with little or no additional integration. A BACnet system offered not only significant cost savings over proprietary systems but it also lead to tremendous savings in resources, installation costs, maintenance costs and energy savings.

These benefits can best be illustrated using a typical HVAC application. Imagine a building with lighting, heating/cooling, and some form of security/safety applications. Each system includes an automation component. The lighting system includes motion sensors to save energy when no one is present and a timer to make sure lights are off after hours. The heating and cooling system contains a programmable thermostat. The security/safety system has a timer, an access pad, a thermo sensor and a smoke detector. Each component on its own functions well and all show considerable improvements in efficiencies over traditional dumb switches and systems. So, what’s lacking and what do we have to gain by integrating and completely automating with BACnet?

The first and most obvious benefit is the savings in physical resources. With the price of copper and other conductive metals on the rise the advantage of having three separate systems wired into one is a significant savings. In a large office building the savings can amount to millions of dollars. The advantage of sharing sensors also offers a considerable savings in physical material but can also greatly increase the efficiency of the different systems.

For example consider the idiosyncrasies of an office lighting application, lights turn off while you sit quietly as your desk or lights stay on because the ventilation system keeps the leaves of an office plant rustling just enough to trick the motion sensor. These small annoyances are tolerated because there are still significant savings to be had over traditional dumb switches. But why can’t the system be improved?

With BACnet it can.

In these applications, motion detectors have been used to efficiently measure human presence and activity. Infrared body sensors would be far more effective but the cost is usually not justified in a lighting application. That is unless it can be shared with security, heating, cooling and other systems over BACnet. Not only are unnecessary sensors eliminated, but the system itself is far more effective and more user-friendly.

There are countless other examples across all the different building systems. As proof, look no further than how we experience the world each day. We do it with nine senses: sight, hearing, taste, smell, touch, balance and acceleration, temperature, kinesthetic sense, and pain. Every decision we make is directed by data collected from one or more of the above senses. With BACnet we give our applications the similar abilities by sharing sensors and data that is used to make better decisions.

So Exactly What Is BACnet? 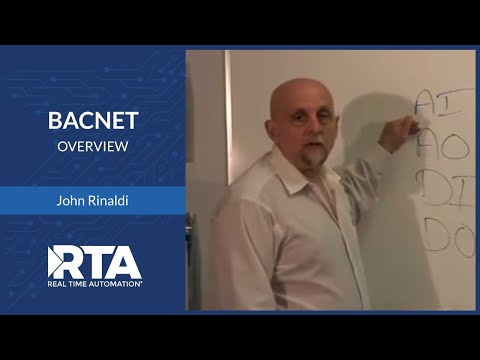 BACnet is a communications protocol that defines the services used to communicate between building automation end-devices and building control systems. The BACnet protocol specification, like all protocol specifications, defines both how data is represented on the network and the services that are used to move data from one BACnet node to another. It also includes messages that identify data and network nodes such as Who-Is, I-Am, Who-Has and I-Have.

The BACnet protocol is a completely non-proprietary, open communication software standard. There are no proprietary chip sets or special electronics required to implement it. The standard itself is now controlled by the ANSI (American National Standards Institute) and ASHRAE (American Society of Heating Refrigeration and Air-Conditioning Engineers) Standard 135- 1995.

The BACnet Committee developed the standard with the intention of creating a technically sound and truly non-proprietary standard. They also kept in mind ease of use and did their best to eliminate many of the barriers to implement. In June of 1995, after years of industry input ASHRAE adopted BACnet as a standard for the building automation industry.

In BACnet’s early days, Ethernet was not used in building and industrial application like it is today. At that time there were a number of data link / physical layers used in those applications. To meet the needs of the widest possible set of applications BACnet was designed to support several different physical and link layers.

Today, the majority of users prefer to use Ethernet and the numbers of applications because many of these other physical layers are decreasing.

BACnet is an unconnected, peer network. Any device can send service requests to any other device. Unlike connected protocols where devices have ongoing data transfers, communication in BACnet is unscheduled without any time critical operations.

BACnet is a certifiable standard, though certification is not required. The BACnet Testing Laboratory (BTL) provides services to validate the operation of devices against the specification. It costs several thousand dollars to certify a BACnet device though prices vary with device complexity.

In defining the format for BACnet communications, the Standards Committee chose a flexible, object-oriented approach. All data in a BACnet system is represented in terms of objects, properties and services. This standard method of representing data and actions is what enables BACnet devices from different manufacturers to interoperate. Understanding this object-oriented approach and its terms is essential to understanding BACnet.

All information in a BACnet system is represented in terms of objects. An object might represent information about a physical input or output or it may represent a logical grouping of points that perform some function, such as a setpoint. Every object has an identifier (such as AI-1) that allows the BACnet system to identify it. In this regard, an object is much like what is now commonly known as a data point in the HVAC community. Where an object differs from a data point is that a data point would typically have a single value associated with it, whereas an object consists of a number of prescribed properties, only one of which is the present value. It is only through its properties that an object is monitored and controlled.

As indicated in the discussion of objects, objects are monitored and controlled only through their properties. BACnet specifies 123 properties of objects. Object-identifier, Object-name, and Object-type must be present in every object. BACnet also may require that certain objects support specific additional properties. The type of object and the type of device in which that object resides determine which properties are present.

A service is the mechanism which a building automation system uses to access a property or request an action from a BACnet object. Services are how one BACnet device gets information from another device, commands a device to perform certain actions (through its objects and properties, of course), or communicates events to other objects. The only required service that must be supported by all devices is the read-property service. There are a total of 32 standard services.

As a system developer or user, you don’t need to be concerned with the execution or processing of service requests because they will be transparent and automatic. As a system design engineer for a building automation system, you will need to know what objects and services are supported by which devices. This information is found in the device’s Protocol Implementation Conformance Statement (PICS).

Conformance Classes and the Device PICS

Because not all devices need to have the same level of functionality, BACnet defines conformance classes that categorize the capabilities and functionality of devices. All devices of a certain conformance class will have a minimum set of required features (in the form of objects and services). Some other features can be optional. BACnet insists that this information is made public in a PICS, basically a list of features that the device supports. The PICS lists what objects are present in the device and whether the device initiates a service request (asks or commands) or executes the request (responds or acts). The PICS also provides you with the conformance class of the device. By comparing a device’s PICS with project requirements or with another vendor’s PICS, you can determine how well a BACnet product fits a given application. For more information on our BACnet products: